When You Come To A Fork In The Road, Eat In Moderation.

I realize that the subject of my obesity is nothing new to anyone who reads my writing. If you have read any of my previous essays, you are likely painfully aware that I am quite overweight, I have invested in a bike, and I struggle with moderation as it pertains to eating. All of these facts were pretty much a normal day in the life for me. That was, until recently, when things got a bit more serious for me. Suddenly, or rather it seems sudden, things began to change somewhat abruptly as the result of an annual blood test.
As per the annual routine, my doctor requested some blood tests that I get done annually. I held onto the lab request form for a good couple of months. The reason for this is that I would get too caught up in my daily routine. Frankly, in spite of my weight issues, I was somewhat apathetic about the blood tests. I finally stopped in a lab and got the blood tests done. The following week, my doctor called and spoke to my wife. She told my wife she needed me to make an appointment to discuss my blood test results. I felt like one of my middle school teachers had called my parents to come in for a conference. Just like middle school, the following week was spent with me dreading this forthcoming appointment. I tried to remind myself that I was no longer in middle school and my wife was going to ground me.
My wife and I sat in the patient room the following week. I talked about my work day and basically was trying to pass the time. My doctor stepped in and greeted us both. She started the conversation by stating: “I wasn’t very happy with your test results.” Once again, the middle school analogies returned to the forefront of my mind. She reminded me that I was obese and I had (well controlled) high blood pressure. However, there was now an additional concern. There is a blood level that is called HgbA1c (glycosolated hemoglobin). HgbA1c measures how well you body carries sugar over the 2-3 months prior to the test. People with diabetes have significantly high readings of HgbA1c. My doctor told me that I was “inching closer toward diabetes.” I phrased my follow up question in my own usual way: How inches are we talking?
My doctor explained that that while my HgbA1c was not in the diabetic range, it was slowly climbing each year over the past several years. This was quite a jolt for me. The rubber was meeting the road. My life was coming to a screeching halt. In the stock car race that is my life, I am apparently not fit to drive the pace car. I listened to my doctor as she discussed some new medication changes with my wife and me. My doctor also recommended a diet plan for me to follow.
My doctor told me that the medicine would take some adjustment. That would prove to be a tremendous understatement. Over the week that followed, portion control was getting somewhat easier. That is because the new medicine made me as queasy as a greenhorn fisherman with a liverwurst sandwich. I would even try to get some snacks I had routinely eaten in the recent past with similar gastronomic results. As a result, I have even been forced to end a long standing relationship with a certain female in my life. That’s right folks, you read it here first. My relationship with Little Debbie is coming to an end. My wife has been very tolerant of this illicit relationship. She even overlooked the fact that the smell of chocolate, peanut butter, and wafers would sometimes have the same effect as the perfume on her wrists )to which I am likely allergic). Still, if a relationship is proving to be unhealthy for you, it must be purged from your life. So long, Little Debbie. We had some good times, Babe.
I can assure you that you will hear (or rather read) more from me. I hope I wasn’t too harsh with Little Debbie. I just wish it wouldn’t feel so weird when we see one another in the store. 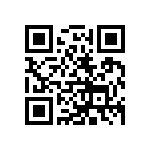