What A Wonderful Word Vol. III: The Phrygian Mode

Yes, folks. It’s that time once again. It is time to learn some new words and hopefully inspire new laughs. I truly never expected to be typing a third installment to this series when I wrote the first one. I am actually working on a fourth list (consider yourself warned).
For those who may be unfamiliar with these installments, allow me to reiterate the rules of making such a list. First, it must be a real word that can be found in the dictionary (I used several dictionary sources). Secondly, keeping in the spirit of my blog, it must be family friendly. Lastly, if you could imagine Tigger saying the word, it had a good chance of making the list. The list has exactly 18 words. There are two main reasons for this number. First, the original list had 18 words. Secondly, keeping such a specific number in mind makes the challenge more interesting to me. With that in mind, here comes the third set of 18.
Well, folks, we have done it again – another list of funny sounding words with legitimate uses. If you found that I omitted words from this list (or the previous volumes). Feel free to chime in as long as they meet the guidelines (funny and family friendly). I am sure the alleged thief will get a fair trial. I, personally think he was the one that burgled the young couple’s house (Burgled?) Mom and Dad, I pray you will be patient with your young child as he learns new and interesting words. Young children could learn much worse. 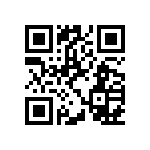