Honest, It Really WAS Funny

I am quite sure that I have mentioned more than once previously that I have spent the majority of the last 12+ years working in the Information Technology (IT) field in one capacity or another. I have spent 4 of those years working in technical support but much of my experience prior to that was in software and hardware testing. Such work involves testing a current (or prototype) product to be sure that it functions as it was designed. If you do this and it works, you report said outcome. If you do that and it stops working, you have a potential defect in the product. This is what is known in the industry as a bug. According to legend, it is called a bug because, back in the days when a computer took up the space of a small gymnasium and ran on a bunch of vacuum tubes and whatnot (also an IT term), a moth flew into the back of one such computer. The moth gave his life in the process but also brought the computer to a halt. I can’t help but wonder if this legendary event also led to the ultimate invention of the bug zapper.
Anyway, I digress (I know, what else is new). The reason why I started off sharing that piece of my job history, as well as IT history, is that there are certain habits that have come up as a result of my work experience. For example, when I document things, I tend to give a lot of step by step details. This is a very important habit when you work in IT and well as in healthcare (which I did prior to my IT work). It is, so I am told, rather annoying when I am having a conversation with my family. Another habit I have acquired is frequent saving when I am writing something. Even as I type this, I will frequently hit a keyboard shortcut to save what I have typed so far (Ctrl + S for PC users). I have also come to rely heavily on a feature called AutoSave. This basically means that, at certain intervals, the software I am using will automatically save my work. This is apparently because IT developers thought hitting Ctrl + S or clicking on that little floppy disc icon was just too hard.
Recently, I was typing up a new essay. I was REALLY getting into a groove with it. I was listening to some music and the words were flowing from my fingers to the virtual page like a Vegas fountain. I could even see a light show in my head. I love it when moments like this happen in my writing. When everything just flows and weaves almost like the song I am listening to when I type. It is truly a blissful moment when I get really lost in my writing process. I had even come up with what I thought was a funny ending line to my piece. All I had left to write was the title and the piece would be ready for my Lovely Young Editor (LYE) to review.
I sat back for a moment lost in my moment of bliss as I pondered on a title and even giggled at my ending line. This moment of bliss would be short lived as suddenly and inexplicably, my computer froze. Moving my finger furious on the glide pad did nothing. Hitting random keystrokes was equally fruitless. Even deliberate keystrokes (such as Ctrl + Alt + Delete) did nothing.
As I sat and pondered, the computer remained in its frozen state. It almost seemed to mock me and my years of experience. Finally, I relented to the only choice I had at the time. I did a hard shutdown of my computer. I sat and waited a moment or two before started it back up so that I could retain some composure over this very inconvenient event. I even pondered for a moment about the title for the piece that I wrote while my system was coming back up.
I opened up my blog writing software. I was eager to look over the piece once more and give it a title. It was at this moment that I found out a harsh reality about this writing software. The software has an AutoSave feature BUT it is not turned on by default. That’s right, people. All that wonderful, flowing, blissful writing was GONE. There was not one iota of indication that I had typed even a single character...ZILCH…ZIP..NADA..GOOSE EGG. I sat there with a completely deflated ego. I couldn’t believe that I had not once done a single keystroke or mouse click to save my work at any point. All that work and I had no results; just excuses. What made is worse is that the deflation of my ego also apparently let out my recall of what I had type. I tried to remember what I had typed...ZILCH…ZIP..NADA..GOOSE EGG. All I could remember was that ending line that made me giggled before my computer froze: “This is my quest…to follow my car..no matter how hopeless…no matter how far (then again maybe I am just being a bit quixotic)”. I promise you that in the context of what I was writing before my computer froze, that line was a real knee slapper. So lesson learned: change the settings to AutoSave my work, hit Ctrl + S anyway and click the floppy mouse icon just to be sure. Otherwise, you wind up like an umpire at a Braves Wild Card playoff game trying to explain the infield fly rule that costs the Braves a run (or two). You wind up with years of experience, inexcusable results, and a pocketful of excuses (I know it was last season but I am still not happy about it). 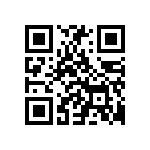